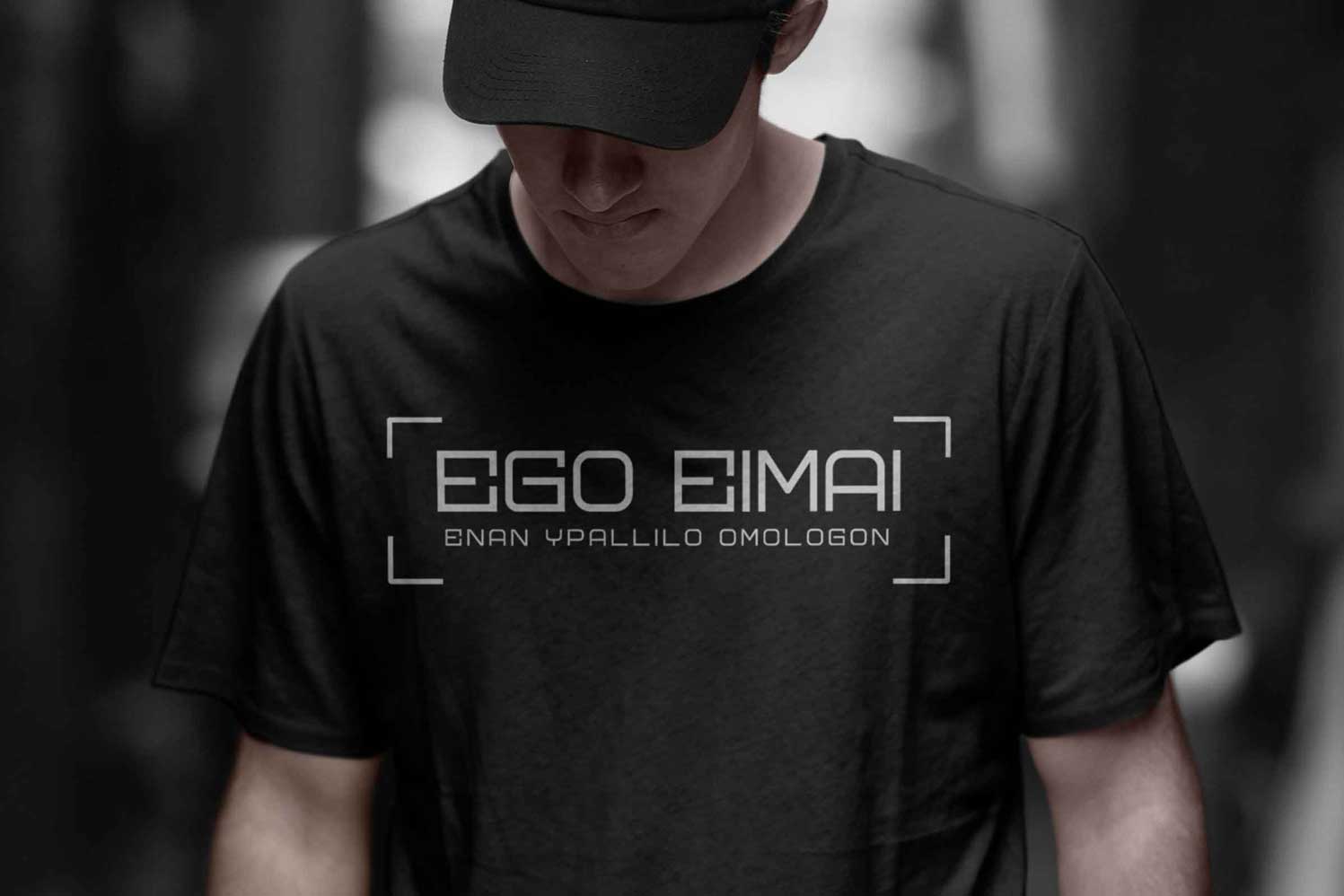 What a crazy topic right, what could a guy who has a simple blog have to offer on this overwhelmingly complex topic. A topic at its core is the very question of life and death. Think about it for a minute; the ultimate result of your positioning on this topic is, in fact, heaven or hell. Where are you going to end up? What should you believe? As of today, there are several hundred versions of the Bible in over two thousand languages that have been skewed to show the position of men.  Add to that over forty thousand different denominations, once again reflecting the varied beliefs held by men.  If that doesn't validate confusion on what we all agree is probably the most discussed topic in the world, I don't know what does.

So what gives me the right to share my perspective? Great question!

I do not have any professional accolades in any theological spectrum. I am not a pastor, a preacher, or an elder. However, for the last 15 years, I have spent my professional life in the world of marketing.  I have held the role of CMO of a 200m a year company as well as developed marketing programs for companies like 3M and Hewlett Packard. I have professional experience in the vast study of cause and effect related to the very core of human nature. What and why people respond to intentional triggers, what drives predictable behavioral responses.

Why is this relevant?

Well, think about it for a minute. If we can all agree that God creates human nature, that human nature is a premise that includes all of humanity and that the variables based on the environment. Then I have earned the right to share my perspective. Does not religion and theology directly relate to human nature? I understood human nature well enough to develop several successful brands, two of which I sold at 30 years old for 1.5 million dollars. Must I know a thing or two, right? Well, you can decide after your done reading! Deal?

‍
About 7 years ago, I had a very counterintuitive experience when it comes to reading this book.  I attended church for twenty years before that and followed along with the common explanations until it dawned on me that if I thought that Jesus was real, I should read the Bible with the same lens. Right?

I did just that. I read it through the lens of being real vs. a mystical fantasy. I took my experience in how humans engage and used it like I would any other piece of information I was trying to understand — real people who had real experiences — pretty simple right. The Bible became even more evident to me as being a real testimony of things that God deemed necessary for us to be able to access.  This new insight also led to questions, many questions.

For example, if real people wrote these letters about real experiences, then the reality we live in is a viable measurement, the one that God created has not changed. It is, in fact, his handiwork. Why then do the majority of messengers from the pulpit try and change the message to justify a distorted mystically enchanted reasoning to make this book make sense? If it is a real testimony of events that happened, then it only makes logical sense to view it as if the events contained therein are real with the preface that we are really in the reality that God himself designed. Would you not agree?

If you take this position, it leaves many questions that need to be grounded, and a realistic resolution needs resolution. Not only does this whole "Christianity" thing make sense, but it is also actually quite simple. We do so by applying a few rules, rules of understanding human nature, the nature that God Created.

‍
Every aspect of human nature boils down to the "why" rule.  The reason's we categorize and value one thing over another stem's from variables that are relevant to who we are as an individual.  In the world of marketing, the question as to why would someone buy or engage with a brand is the single critical factor that drives every message displayed to the consumer.  Not only does this rule apply to effect, but it also applies to cause.  Why is this person dressed that way, why do they drive that car, and why do they enjoy particular pastimes? Why is the pastor's message structured that way?

The Why alway's leads to the "what."  "What" specifically relates to the agenda behind any and everything we see, hear, and touch. Everyone has a want, ironically, doesn't God also have a very direct want from us?  Just keep this in mind.  Genesis 1:27 So God created man in his own image, in the image of God created he him; male and female created he them.  ( let's not forget that humanity is his handiwork )

Hopefully, I have done a decent job of priming your mind to see where this leads, where my positioning stems. Let's dig into some common topics and see if we can get to the final point, the precise definition of real Christianity. This logic has led me to ask a ton of questions; my hope is you come to the same realistic belief system that I now hold dear.

The conventional thinking is that the Bible is God's word. People make it an item to covet. The reality is that the Bible is a collection of first-hand accounts vetted for consistency. Other writings document accounts contained therein but do not meet the canon based guidelines for inclusion.

The point we miss is that the Bible contains God's WORD. His promise, his message, his plan, and his message.  The big picture speaks to His word, and it speaks to His heart, his intentions, and His agenda. Think forest through the trees. More often than not, those we deem experts in this field spend their time dissecting a leaf and miss the big picture. When a leaf becomes your passion, the results are well, forty thousand different leaves displayed.

This logic is what has led to denominational identity. Which, at its core, is a fundamental categorization based on the identification that mirrors what one may find valid. When the focus should be on the forest with the understanding of its components as one matures.

All great questions that we should be trying to find the real answers too. Trust me, with me thinking I could write a post on each of the subjects above and may have already done so.  Once you get a real answer, you will see how men have both personally benefited and capitalized on Christianity. Some have died defending this which speaks directly to my closing comments.

My point is this....What does it mean to be a Christian? Like really?

We continuously hear different opinions by so many different people with varying degrees of consistency. What does it mean? Can it be that complex? Have you ever heard what I am about to share with you taught? I have not.

Let's tie this all together, and yes, there is probably a ton of missing information and clarifications that could and should be appropriately addressed in this post. I am trying!

There is one thing that all men share that has no relevance to anything other than who they are as a person.  At its core, if you do believe the Bible is accurate and that God created man in his image and that God came in the flesh to die for sin, then this last statement is for you.  That one thing that all people have regardless of their position in life, their geographical location or any other extraneous circumstances is the one thing that at its very core we each have full control over.

It is also that one thing that people strive so hard to present to the world that it often results in misfortune: incompetent surgical procedures, tons of debt, and mental health issues. That one thing that is at the core of every human in existence is the one thing that God is genuinely after, knowing how hard it is for not to have it be exclusive to our selfish desires.

It is the one thing that God allows us to complete control over because we, in our own free will, can actively model it to fit any agenda. Those who are successful at anything put the needed time and effort to focus on this one thing.  I could go on for days as to why this one thing is so valuable to our existence and why it is that one thing the whole Bible screaming out loud.

Our identity is that one thing that we control regardless of any outside influence, how we are known, perceived, and remembered. Think about the examples we have seen of even the most impoverished in humanity known for acute greatness. Think about the logic behind Jesus Christ coming as a carpenter or disciples being fisherman, tax collectors, and a vile murderer?  Think about the disgust for the pretentious religiosity that mirrored the theological institutions of today? Put this together in your mind with the reality filter, and I hope it all makes sense.

You see, when questioned about the profound claims the common human-made about Jesus being Messiah, he never used explanatory reasoning. He allowed them to take what he was being identified as by the first-hand audience and made it clear as to where he stood. His actions, character, miracles, and speaking all led others to make this claim/accusation.

The same thing goes for us.

No matter what you present to the world, your real identity is what you make of it. It is your core, who you are, how you act, and what you stand for. It is the reflection of your very existence.

The overtone of the Gospel isn't that we submit to a crazy ruler; it is that we wholeheartedly believe that He is whom He says he is, with his life given as an exchange for our shortcomings with a genuine expectation in return.  That we reflect Him first and foremost, with all sincerity with the one thing that makes us who we are.

Our core identity mirroring Him is what this whole thing is all about because it is the one thing that lies at your very core. There is no sugar coating who you are, even if it is not what's presented to the world. The reality lies under the skin, pounding in your thoughts, and ruling your heart.

Does your identity, in its entire capacity, reflect the relationship, love, and appreciation you have with your Savior, having been redeemed?  Yet, even if it's not a glass finish, this thing called identity is also composed of intention and forgiveness. It all fits, funny how that works. It's funny how we all form one of the others based on the critical aspects of humanity.

You can't fake the reality of these two words.

So what is real Christianity in a nutshell?

It all boils down to this. When you can look Christ in the face and confidently say...

I AM a believer, and he knows it's true.

The reality of America's soft-serve version of The Gospel 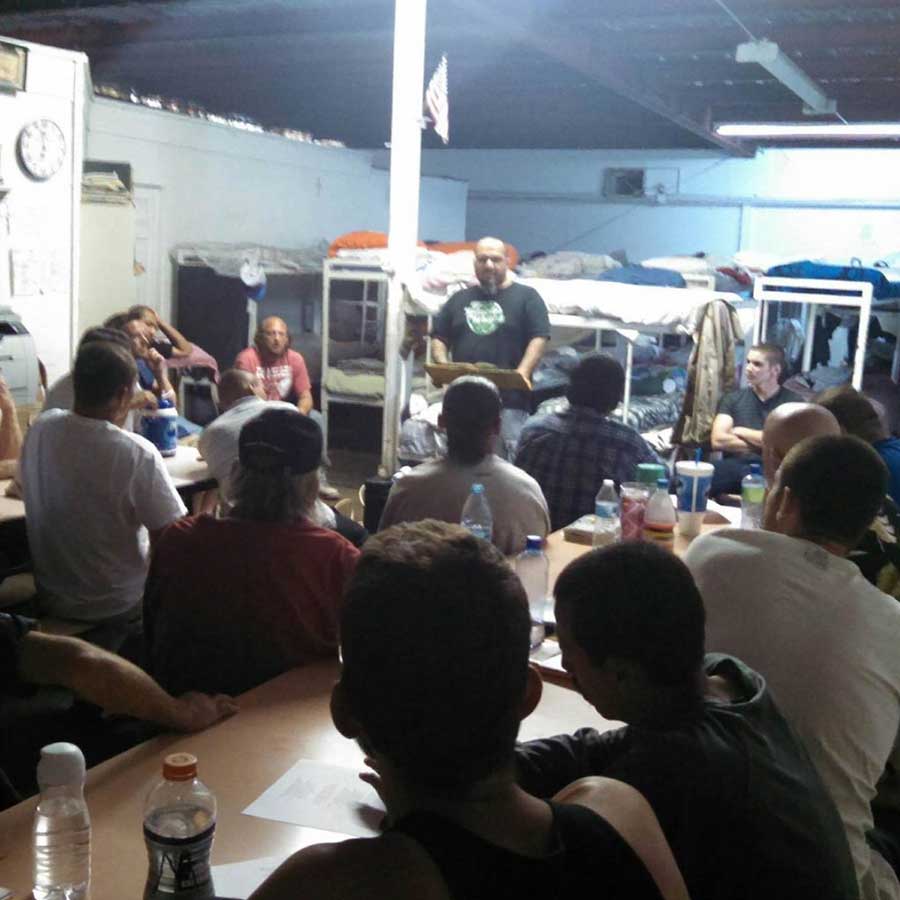 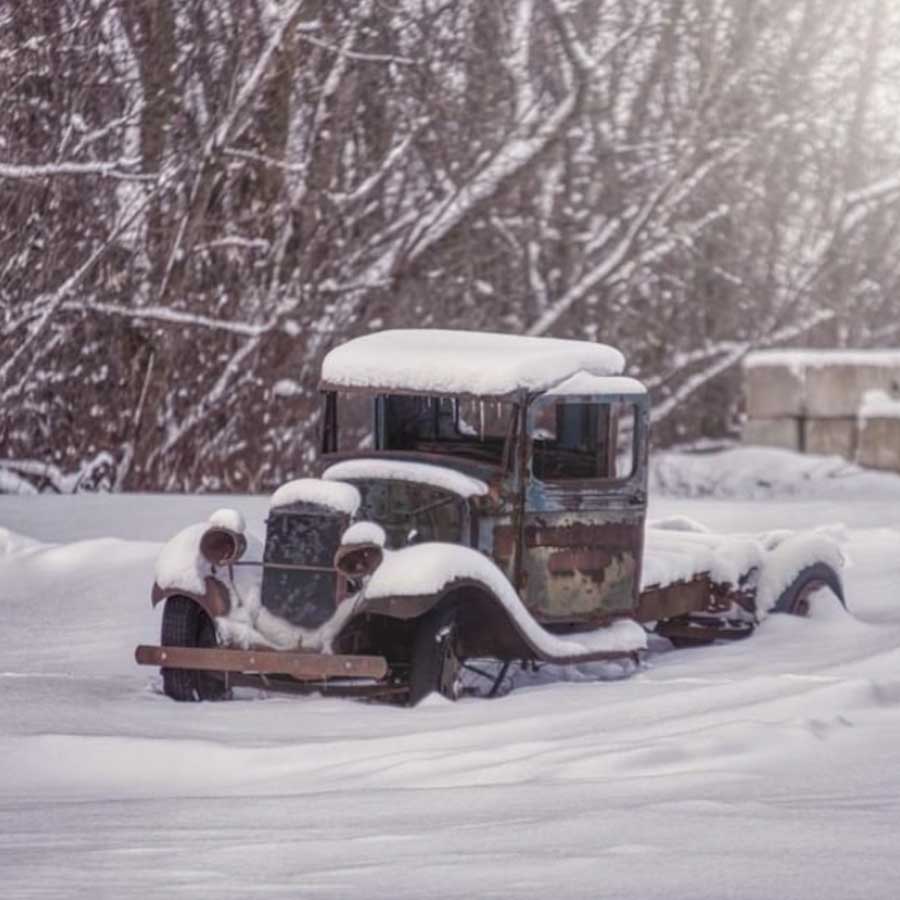 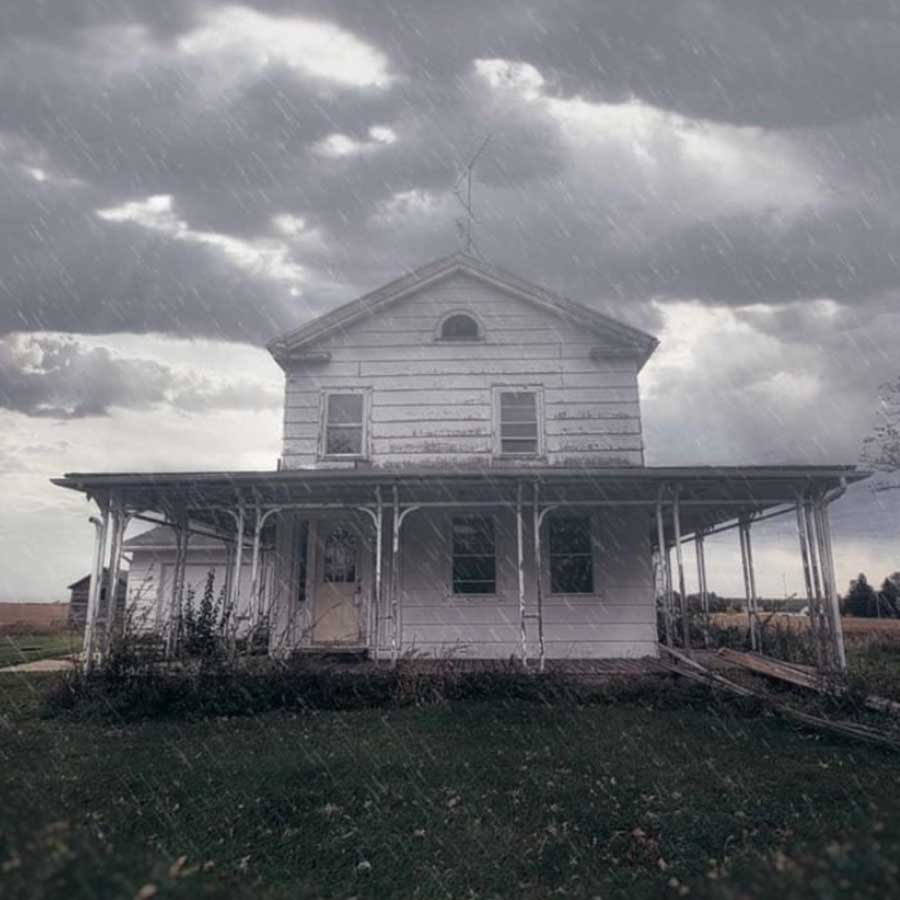 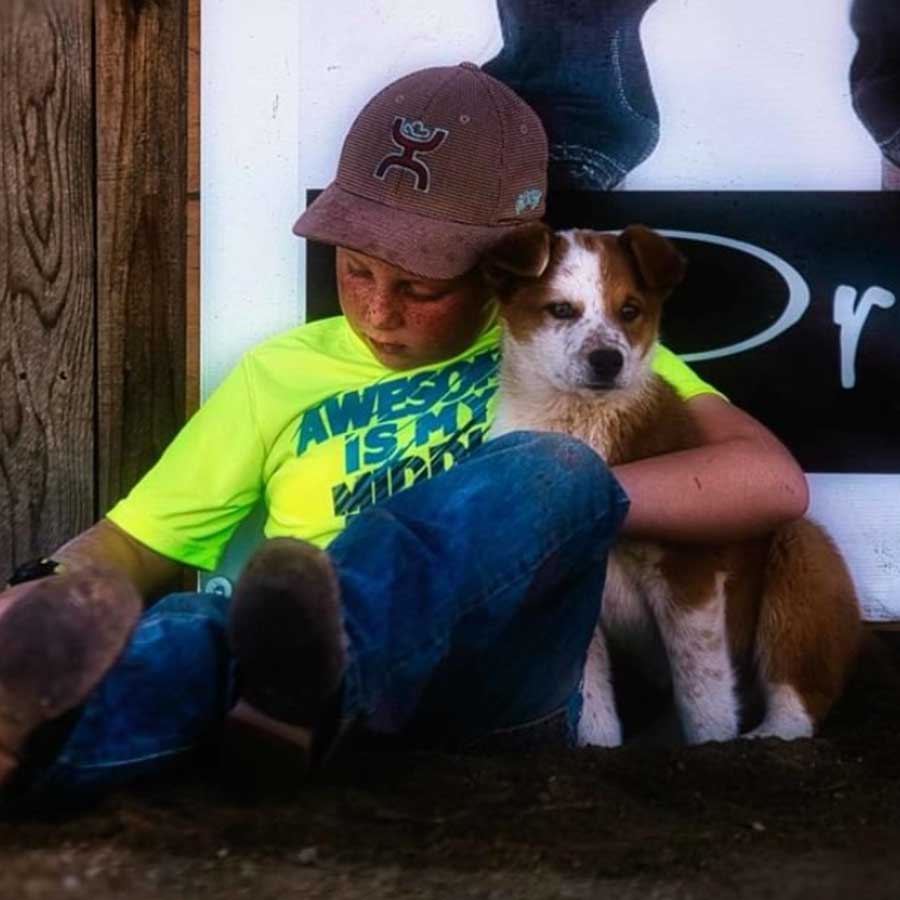 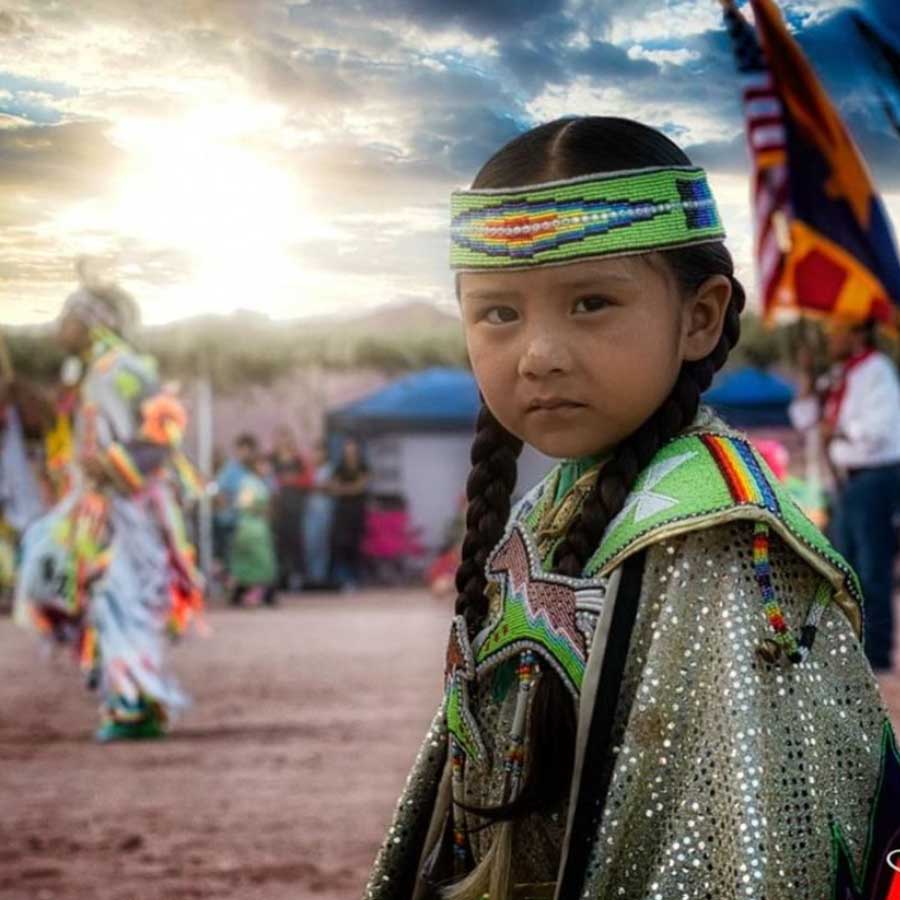 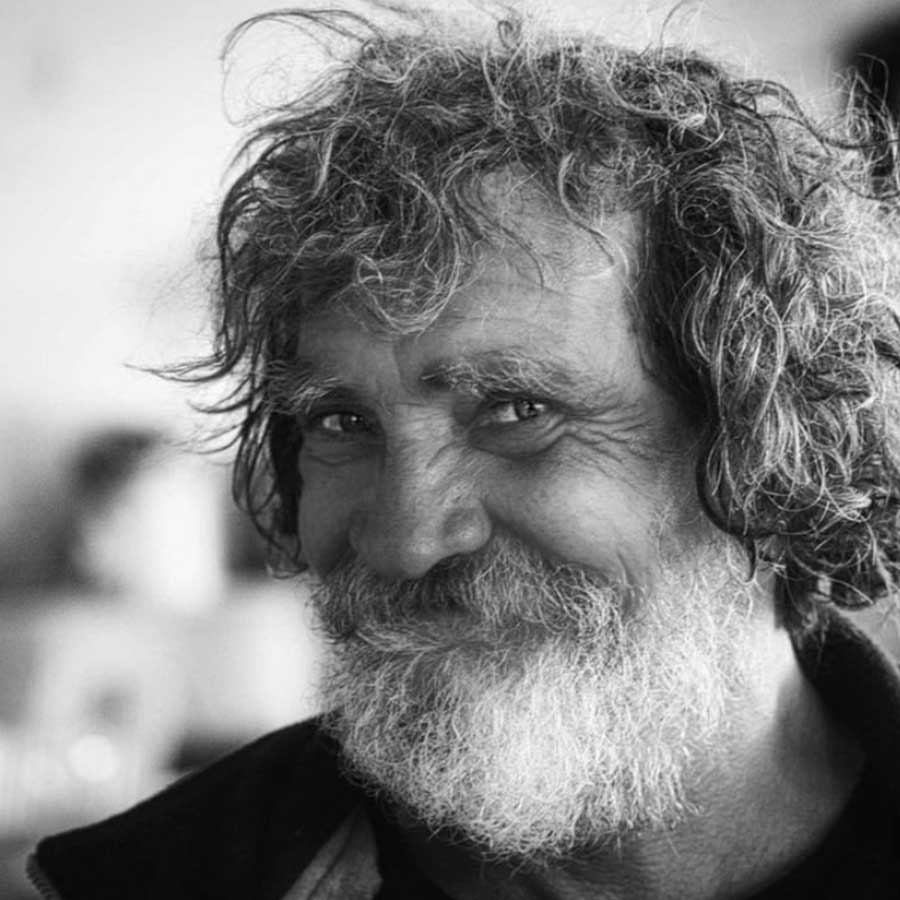